Home » About the Chair / USihalo 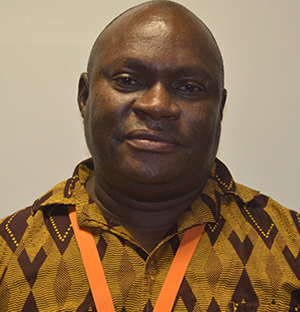 joined UKZN College of Health Sciences in January 2016 as SA Research Chair in Indigenous Health Care Systems. Prior to this he was with the University Of Zimbabwe College Of Health Sciences where he was Associate Professor in the Department of Medical Laboratory Sciences and also served as the first Director of the Research Support Centre. Professor Gomo holds a Diploma in Biological Sciences Laboratory Techniques, MSc in Applied Immunology, PhD in Immunology and Diploma in Research Methodology. Professor Gomo has extensive experience in health research in Zimbabwe through regional and international collaboration. He started his research career in 1988 at the Blair Research Institute (BRI), Ministry of Health and Child Welfare, Zimbabwe. In 1994 he established and led, as Senior Medical Scientist, the BRI HIV/AIDS Research Unit which he headed until 2003. The HIV/AIDS Unit conducted priority research including large HIV seroconversion studies, nutritional supplementation trials for prevention of vertical HIV transmission, and studies of interactions between HIV and schistosomiasis. In the mid-90’s. Professor Gomo initiated the first ever large-scale clinical evaluation of traditional medicines used in the management of HIV/AIDs following claims of cure by some Traditional Healers. Because of his involvement in traditioonal medicine, Professor Gomo was invited by World Health Organisation AFRO Office to participate in the Technical Working Group that developed the Guidelines for Methodologies of Evaluating Safety and Efficacy of Traditional Medicines. In 2003 he joined the University Of Zimbabwe College Of Health Sciences as Associate Professor in the Department of Immunology. In 2005, Profesor Gommo was seconded to the Ministry of Health and Child Welfare as Director of Traditional Medicine with the task of establishing a TM Department and national programme. Between 2005-2007 Professor Gomo transformed the public view of TM in Zimbabwe through a umber of initiatives including development the National Policy on Traditional Medicine. In 2007 Professor Gomo joined the University of Malawi College of Medicine as director of a newly established Research Support Centre. Between 2007-2010, Professor Gomo quickly transformed the RSC into a fully institutionalized and regionally and internationally recognised research management unit of the college, leveraging funding for strengthening research governance and management. The RSC became a model in the region and received accolades from funders and Research Administration/Management Associations and Societies. Professor Gomo has since then contributed to establishment of similar RSC’s in Zimbabwe, Zambia, Rwanda and Uganda. In 2011 he returned to Zimbabwe to set up the University of Zimbabwe College of Health Sciences Research Support Centre. Through the RSCs Professor Gomo has garnered skills in management of postgraduate research and has continued to supervise Masters and PhD students. He is a Principal Investigator and Co-PI in several grants on research capacity building at UZ and supporting Ministry of Health Infection Prevention and Control Programme and in partnership with local, regional and international organisations including universities. Professor Gomo’s strong research and leadership qualities are reflected by research related portfolios that he has held and committees he has participated in.

Professor Gomo is also a member of a number of professional associations including Zimbabwe Medical Laboratory and Clinical Scientists Council, Association of Clinical Research Professionals (USA), Southern Africa Research and Innovation Management Association and Society of Research Administrators International. Professor Gomo has published over 60 papers in peer reviewed journals. He has been a reviewer of articles in and editor of peer reviewed journals.

© University of KwaZulu-Natal: All Rights Reserved